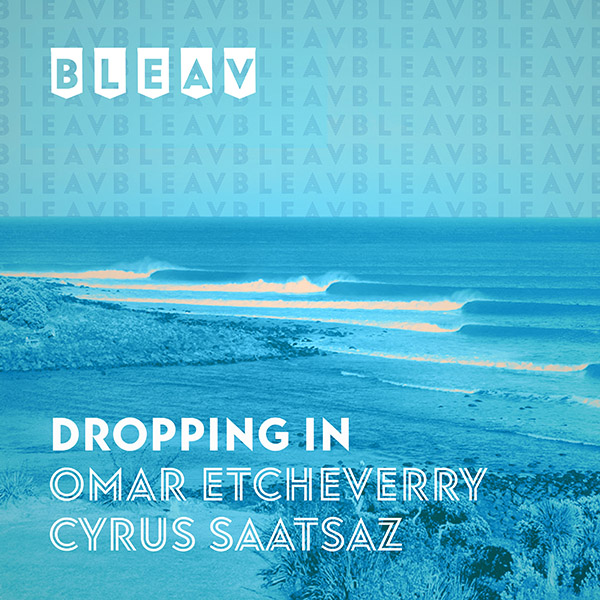 Bleav in Dropping In

Omar Etcheverry is a former professional surfer who competed on the world tour and for team USA. Akin to the water, Etcheverry been front and center on the pulse of surfing on the land as well. He was the host of nationally syndicated action sports radio shows The Extreme Scene and WaXed, the webcast commentator for numerous prestigious surf events including the Maverick’s Surf Contest, X Games, Pipe Masters and the Cold Water Classic, starred in numerous national television advertising campaigns, and was a contributor for Surfer Magazine, TransWorld Surf and Surfing Magazine. When he isn’t representing major surf industry brands or spending time with his family, you can find Etcheverry surfing in his hometown of Santa Cruz.

Cyrus Saatsaz is an award winning multimedia journalist for media organizations including The Huffington Post, the Adventure Sports Network, Yahoo Sports, the San Francisco Chronicle, KCBS, USA Today, Sports Illustrated, ESPN and KNBR. Saatsaz is the author of the book Dogwild & Board: Stories, Interviews and Musings from a Surf Journalist, was the host of nationally syndicated action sports radio shows The Extreme Scene and WaXed, and was formerly the webcast commentator for the Maverick’s Surf Contest.