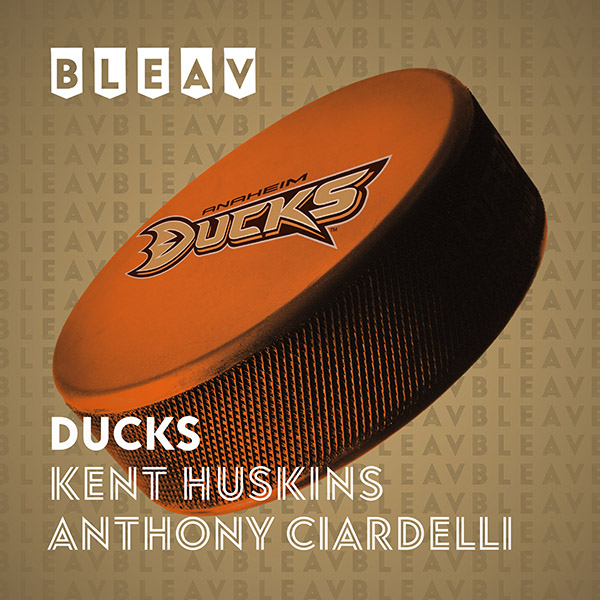 Stanley Cup champion Kent Huskins, and local journalist Anthony Ciardelli give you news and insights for your Anaheim Ducks.

Before making his NHL debut with the Ducks in 2006 Kent Huskins was already a star having made the NCAA East All-American First Team for Clarkson University and was a finalist for the Hobey Baker Award. In his second year, Kent achieved NHL glory, winning the Stanley Cup with the Ducks in 2007. After that, Kent had stints with the San Jose Sharks, St. Louis Blues, Detroit Red Wings and Philadelphia Flyers. Though a well-traveled defenceman, Kent resides in Santa Ana, California near his true passions, the Anaheim Ducks and coffee. In 2018, Kent and his wife Bri opened the Huskins Coffee Company providing high-quality organic specialty coffee to Southern Californians.

Anthony Ciardelli is a journalist living in Southern California. He grew up playing hockey in New England and first learned to skate on the pond in his backyard in Vermont. He moved to Los Angeles in 2010 to pursue his bachelors degree in film and media studies from Occidental College where he also played baseball. He earned his masters in Journalism from the USC Annenberg School of Communications and Journalism in 2018. His work has appeared in the Daily Pilot and The Hockey News. He is also a regular contributor for The Hockey Writers.