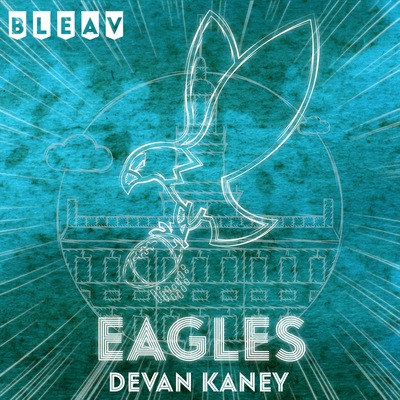 Devan Kaney is the host of the Bleav in Eagles podcast. She is a sports journalist born and raised in Philadelphia, PA. When she’s not interviewing guests and talking about all things Eagles, Devan is a known television & radio personality in the Philadelphia market covering and commentating on the Eagles, Sixers, Phillies, and Flyers. She currently co-hosts JAKIB Media’s Live Eagles Post-Game Show airing on YouTube after every Eagles game. Devan also covers pro-lacrosse as Host & Producer for the National Lacrosse League and Sideline Reporter for the Philadelphia Wings. She has also covered the sidelines for various networks including ESPN, NBC Sports, TSN, and Bleacher Report.

Devan grew up watching the Eagles with her family — from watching Donovan McNabb throw up in a huddle on national television to parading in the streets of Philadelphia after the Philly Special, Devan is a devoted lifelong fan and always bleeds green through the ups and (mostly) downs.