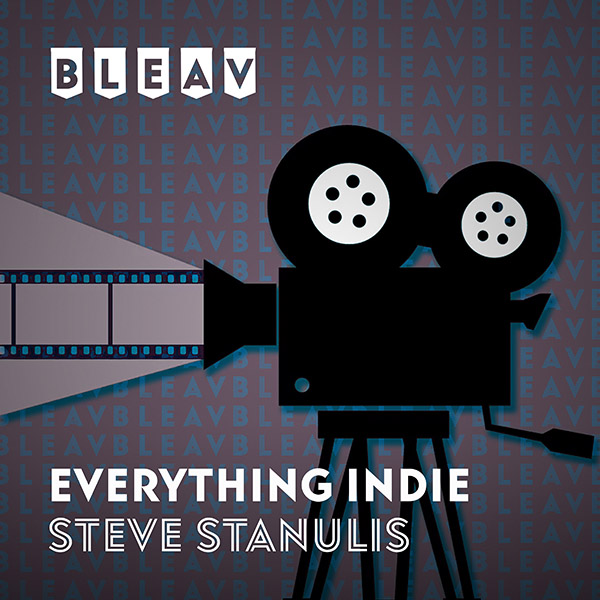 Bleav in Everything Indie

Join host Steve Stanulis as he talks with A-list celebrities to discuss their upcoming projects and hear what it means to truly be an indie artist!

Steve Stanulis began his career as a decorated NYPD officer. When he was injured on the job, Steve worked security for a number of A-list celebrities, such as Leonardo DiCaprio. His A-list clients suggested that Steve pursue an acting career, and after studying at Manhattan’s HB Studios, he was cast in The Replacements and Gangs of New York. As a working actor, Stanulis appeared in major studio movies (The Interpreter, I Now Pronounce You Chuck & Larry), acclaimed indie films (Cupidity, Over the GW), and TV shows (The Sopranos, the new HBO series The Deuce). He also branched into production, starring in and producing the short films Dick & Jane and Because of You, and the award-winning feature The Invisible Life of Thomas Lynch.

In 2012, Steve Stanulis founded Stanulis Productions, Inc., with the feature film Long Shot Louie, starring Jake Robinson (The Carrie Diaries), winning Best Drama at the Williamsburg Film Festival. The film is available on Amazon Prime. Steve then created the Off-Broadway play Stripped, based on his experiences as a Chippendale dancer. Acclaimed in the New York Times, it was picked up by Planet Hollywood for a successful run on the Las Vegas strip.

Steve continued pursuing his acting career, with co-starring credits in Aftermath with Tony Danza and Anthony Michael Hall, Darkroom with Elizabeth Rohm, Sam executive produced by Mel Brooks, and American Fango which was the winner of a dozen Best Feature awards and set for Sony/Vision Films release in November 2017. Steve also starred in and produced the comedy-drama The Networker, co-starring William Forsythe, Sean Young and Stephen Baldwin. It was directed by indie icon and frequent Stanulis collaborator John Gallagher and released in September 2017 by Sony’s The Orchard. Making three consecutive films (Sam, American Fango, The Networker) acquired by Sony companies in less than a year is a truly unique achievement.

In 2018, Steve directed his first documentary called Wasted Talent. It is based on the rise and fall of actor Lillo Brancato, from A Bronx Tale. It won Best Documentary at the NYCIFF and was released on Netflix and other major platforms, through Freestyle Digital Media. Also, in 2018, Steve directed a horror film called Clinton Road, starring Ice-T, Vincent Pastore, and Ace Young. The film won Best Horror in both the GSIFF and the Philadelphia Independent Film Festival. It was picked up by Midnight Releasing and had a 15 state theatrical release. It is now on every major platform.

In 2019, Steve created Staunlis Films with a creative structure to constantly make profitable projects. He then directed a film called Fifth Borough, starring Tara Reid and James Russo. It is being released in 2020 by Netflix. Other films Steve directed that will be released in 2020 include Hindsdale House, which was shot in the actual house, and Chronicle of a Serial Killer, starring Brendan Sexton, James Russo, and DMX.

Steve delved into the world of television, creating Ghost Guidos, a parody of Jersey Shore meets Ghost Hunters. Negotiations are being made with Travel Channel and A&E.

In addition, Steve directed a controversial documentary called Race Against Time, which follows a father’s journey to help find a cure for his son’s illness. It recently won Best Documentary at the NYCTVF.

Steve created a podcast called Indie World, which received a lot of positive attention due to the guests. Some of the guests included Constantine Maroulis, Freedom Williams, DMX, and Lillo Brancato. He just partnered up with BLEAV to create Everything Indie!