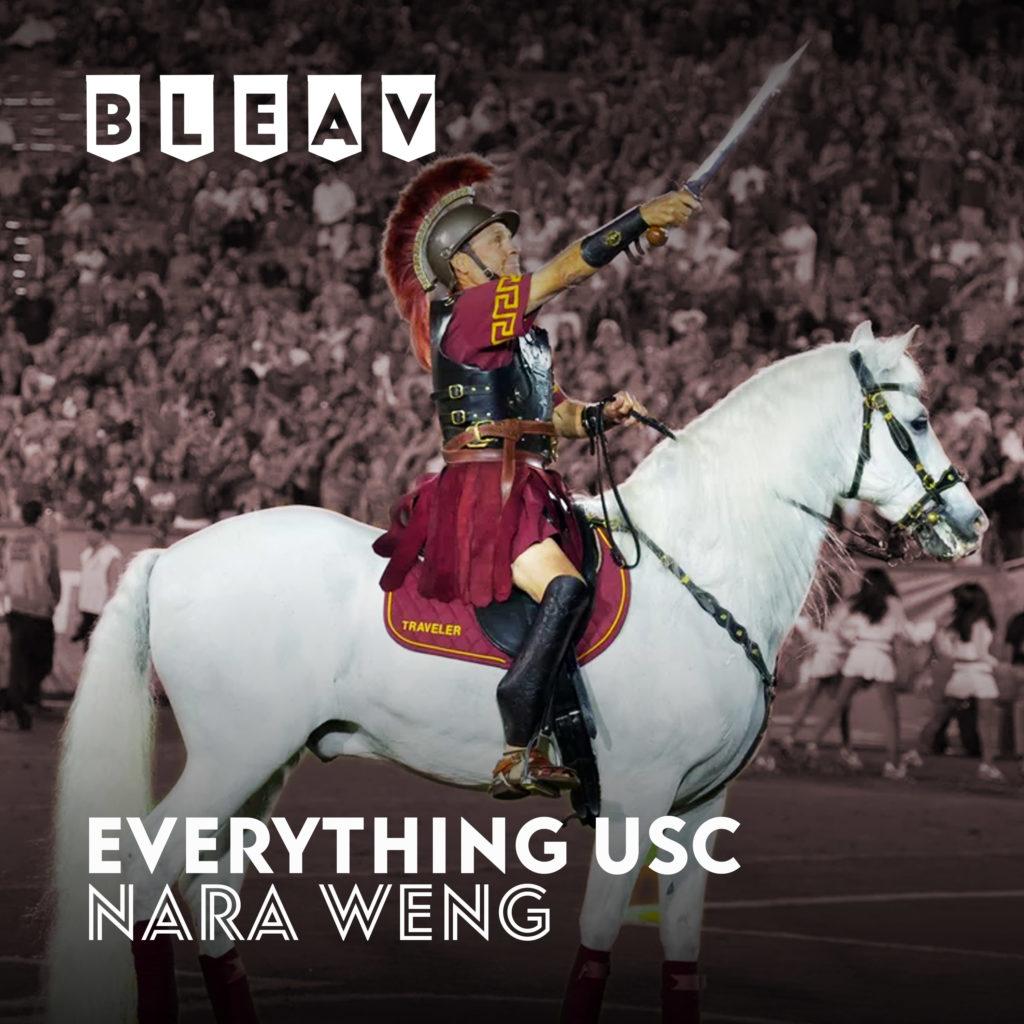 Bleav in Everything USC

Listen in as USC alum Nara Weng brings you the inside access, perspective, and information you need on all things USC Trojans.

Nara Weng is a sports media veteran with over 20 years of experience covering events around the world. He’s done play-by-play for the Big Ten Network and reported from the sidelines of NFL Europe. It’s quite possible that he’s the only person who is both a Sports Jeopardy! champion and a Sports Emmy Award winner. A graduate of the University of Southern California, he helped establish Trojan Vision, the student TV station, and was Sports Director for two years at KSCR, the student radio station. Follow him on Twitter: @NaraWengSports