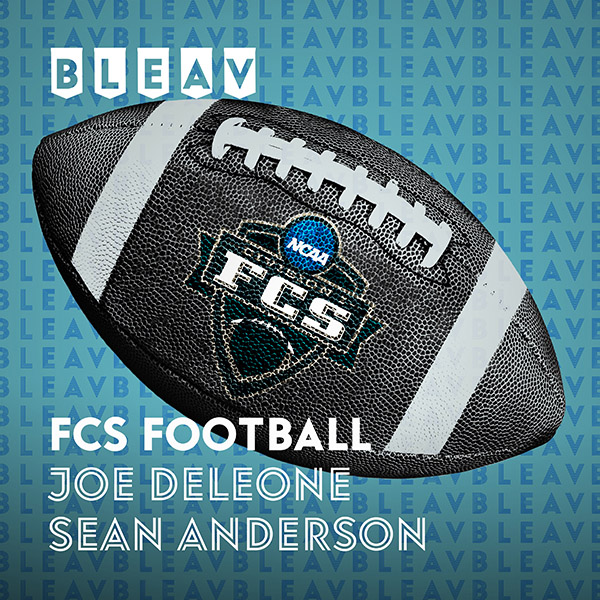 Bleav in FCS Football with Joe DeLeone and Sean Anderson

Two former Division I football players bring you everything you need to know about FCS Football. Joe DeLeone was once the starting long snapper at the University of Rhode Island, while Sean Anderson played offensive tackle. These two former roommates pair up to provide a unique perspective on the FCS as the most entertaining college football show out there. They dig deep to update you on the latest happenings for massive programs like North Dakota State, James Madison, Weber State, and more while interviewing former FCS standouts like Adam Trautman and Jeremy Chinn.

Joe DeLeone
Hailing from New Jersey, Joe DeLeone spent four seasons serving as the University of Rhode Island’s starting long snapper. Playing in the CAA is no easy task, considering it’s the toughest conference at the Division I FCS level. Joe now works as a producer with Bleav, while also hosting the Bleav in NFL Draft Prospects Podcast.

Sean Anderson
As a third-generation Division 1 football player, Sean Anderson was once an offensive tackle at the University of Rhode Island. Now Sean works in podcast and radio production, currently as an editor in the Sports Newsroom at SiriusXM.