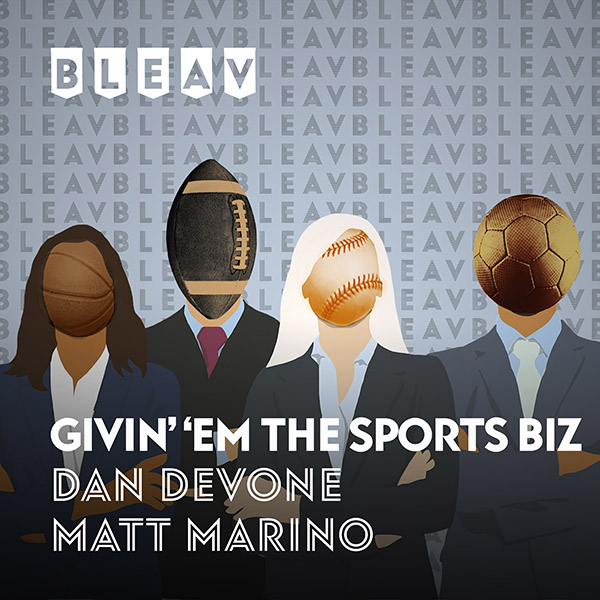 High powered sports agent Matt Marino and Emmy award-winning sportscaster Dan Devone talk about the latest trends and storylines in the sports business world. Listen in as they give you the sports biz!

Dan Devone is a 5 time Emmy Award-winning T.V. Sportscaster, having been a sports director and main anchor in New York, San Francisco, Los Angeles, and Seattle. An entrepreneur, he is involved in multiple startups including Skillz, the fastest growing company in the United States with $54 million in revenue in 2018 according to INC Magazine. He’s given three Ted Talks, and continues to Speak professionally World Wide. In his free time he enjoys   coaching at the Boys&Girls Club in San Francisco.