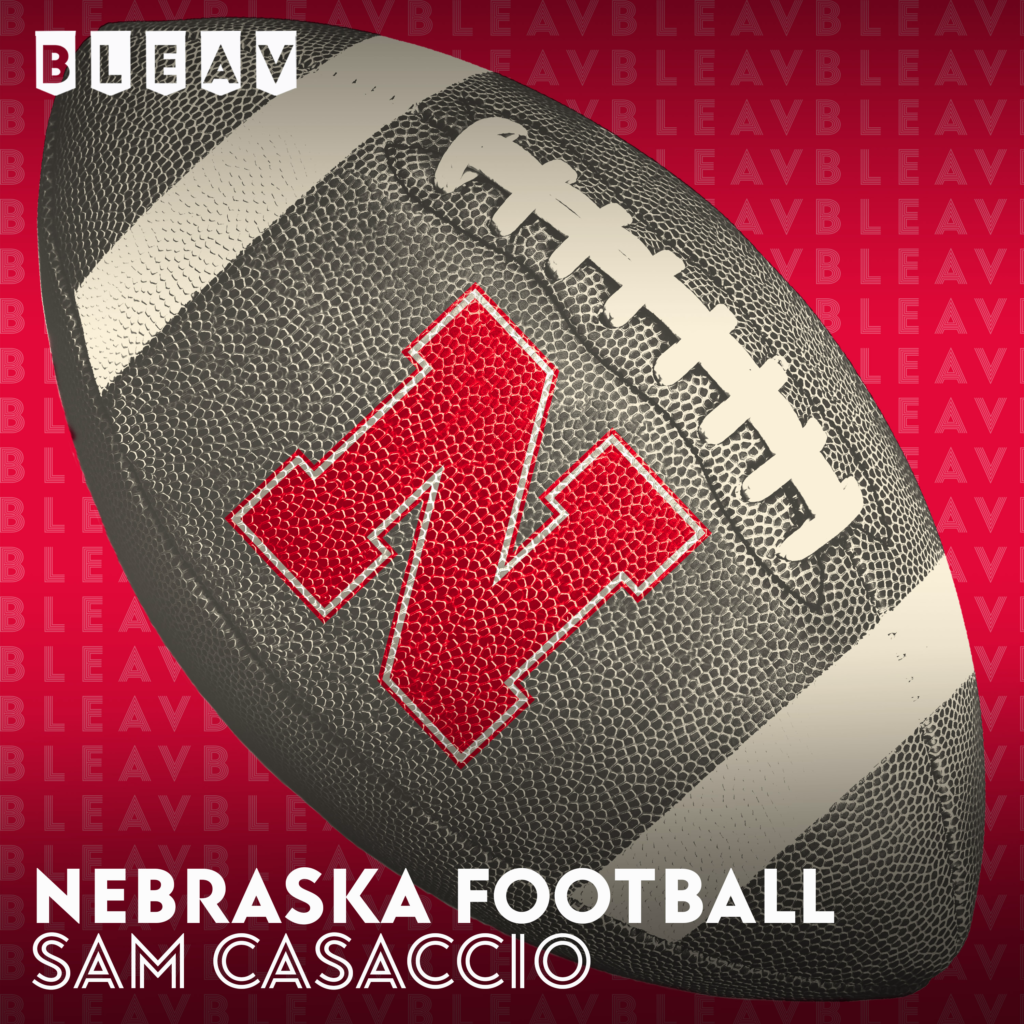 Do you believe in Husker Power? Do you bleed Big Red? Then you've come to the right place because there is no place like Nebraska. Tune into Bleav in Nebraska Football with Sam Casaccio on the Bleav Podcast Network as Sam talks fall camp storylines, game recaps, interview Huskers of interest, and discusses everything cornhusker football. Sam will also provide Big Red hot takes on all the excitement in the Big Ten this football season. So listen and subscribe to Bleav in Nebraska Football on Spotify, Apple Podcasts, or wherever podcasts are found.

Sam Casaccio is an experienced podcast host and producer who has covered the NFL, Fantasy Football, and College Football over the past seven seasons. Most recently, Sam worked as the host of The DAWG PAWD, a Georgia Football podcast. Prior to podcasting, Sam also worked for several years in sports radio at WFAN and the CBS Sports Network in NYC. Now Sam has the distinct pleasure of reporting on his hometown team the Nebraska Cornhuskers as the host on Bleav in Nebraska Football on the Bleav Podcast Network. Growing up in Omaha, NE, no one bleeds Big Red more than Sam and he could not be more excited to bring his expertise and takes to Husker nation as he covers the Cornhuskers this football season.