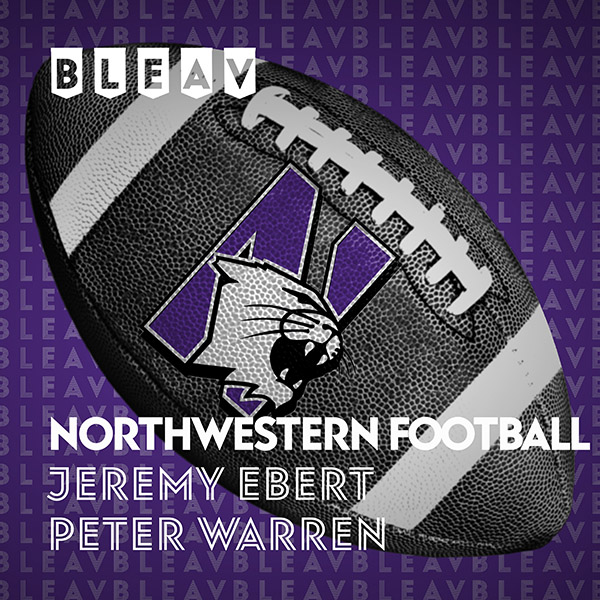 Jeremy Ebert earned Preseason All-Big Ten honors as a Wide Receiver and was also named to the Biletnikoff award watch list during his time with Northwestern. He Became just the third player in NU history to go over 1,000 receiving yards in a season. Originally from Willard, Ohio he idolized Bernie Kosar growing up, and eventually realized his dream of playing in the NFL. After finishing his career with the Wildcats, he was drafted by the New England Patriots in 2012 and had stints with the Eagles, Jaguars, and Falcons.

Peter Warren journalism major and a junior at Northwestern University. He covers Northwestern football and athletics for The Daily Northwestern, the University’s student newspaper. While covering Wildcats sports, Warren has explored the importance of Camp Kenosha to the football team, examined the historical significance of the 1931 men’s basketball team and investigated proposed NCAA legislation on baseball and softball coaches. For The Daily, he serves as a Print Managing Editor after previously working as a Sports Editor and Web Editor. Peter has also interned with Field Level Media and the Chatham Anglers of the Cape Cod Baseball League.