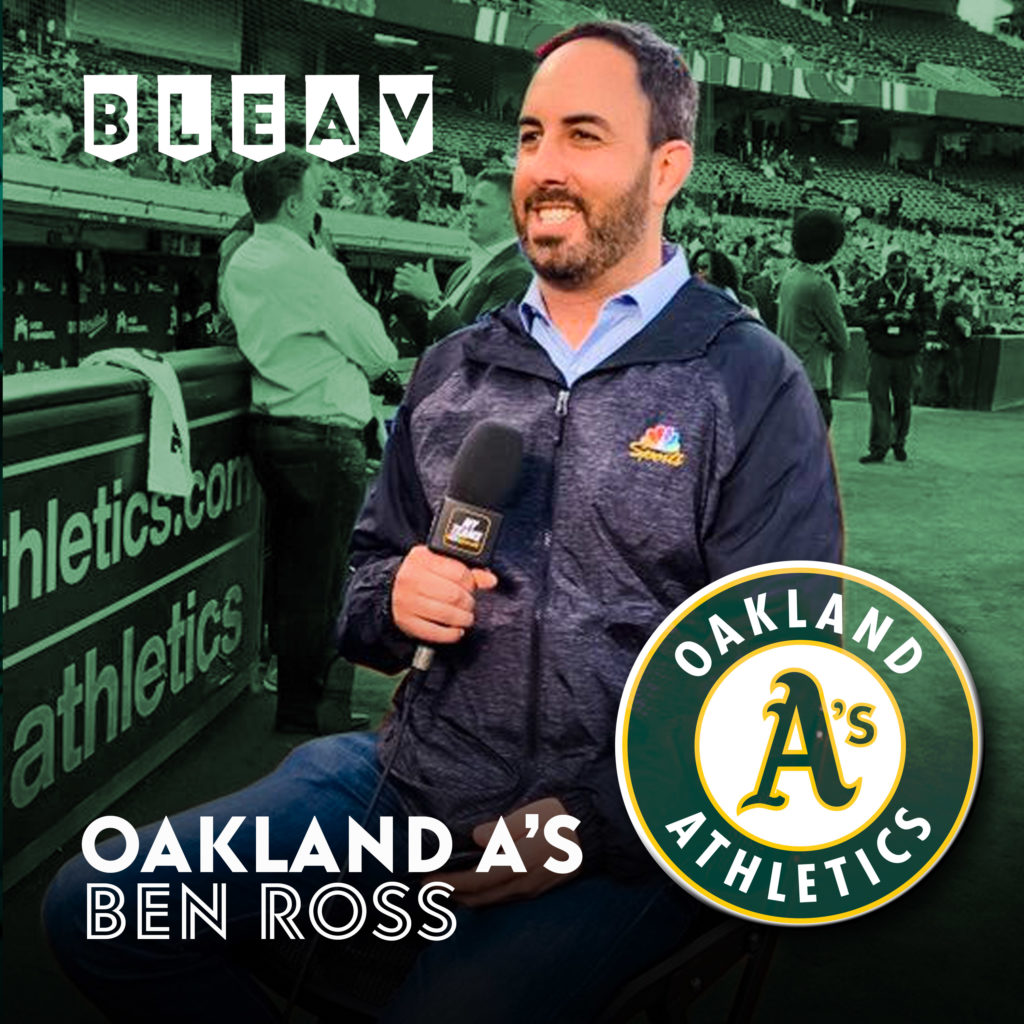 Tune in as Oakland A's reporter Ben Ross gets you caught up on all things Athletics.

Ben Ross is an award-winning sports reporter who covered the A’s the past two seasons for NBC Sports Bay Area. He also serves as a freelance play-by-play announcer for multiple colleges and organizations, including Stanford, San Jose State, and the West Coast Conference. Ben was previously a sports reporter for KOLO-TV (ABC) in Reno, Nevada and KULR-TV (NBC) in Billings, Montana. He graduated from the University of California, Berkeley with a degree in mass communications. Ben’s work has been featured on NBC, Yahoo Sports, Bleacher Report, Sporting News, and the Associated Press.