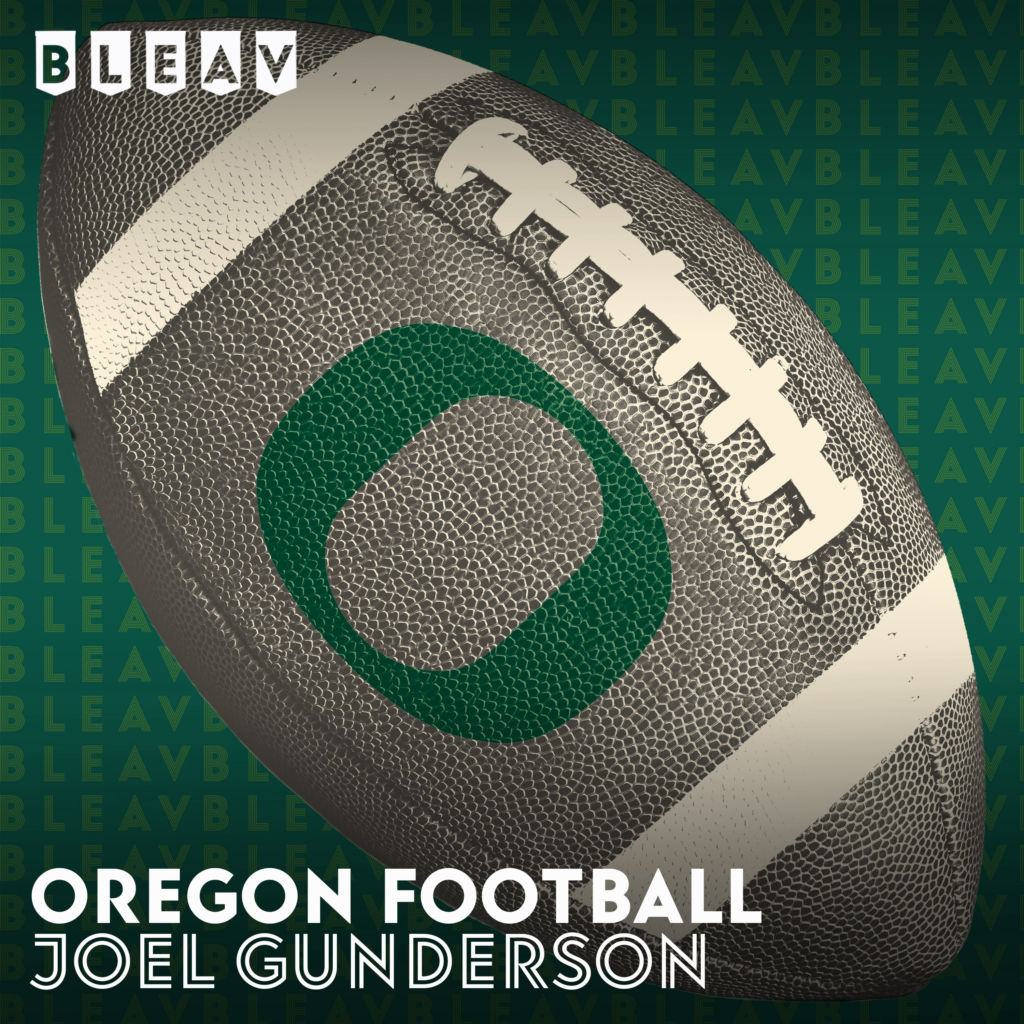 The Bleav in Oregon Football Podcast is your twice-weekly home for all things Ducks. Hosted by ScoopDuck writer, author, and lifelong Ducks observer Joel Gunderson, the Oregon Football Podcast will feature guests from all walks of Ducks life, from beast reporters to parents of current players, former players, analysts, and more. In a world of iffy hot takes and coach-speak answers, Joel breaks down what's really going on inside the Oregon program -- for better or for worse.

Joel Gunderson is an author and reporter from Portland, Oregon. Joel has covered college football as a freelance writer for The Athletic, Sports Illustrated, ScoopDuck, The San Jose Mercury News, and others. His first book, “Boise State of Mind,” chronicling the unprecedented rise of the Boise State football program, was released in 2018. Joel has been a lifelong Oregon Ducks fan and still sees Ezekiel Elliott running through the Ducks’ defense in his nightmares. He’s a husband, a father of three, an aspiring Ironman, and a hopeless Portland Trail Blazers sufferer.