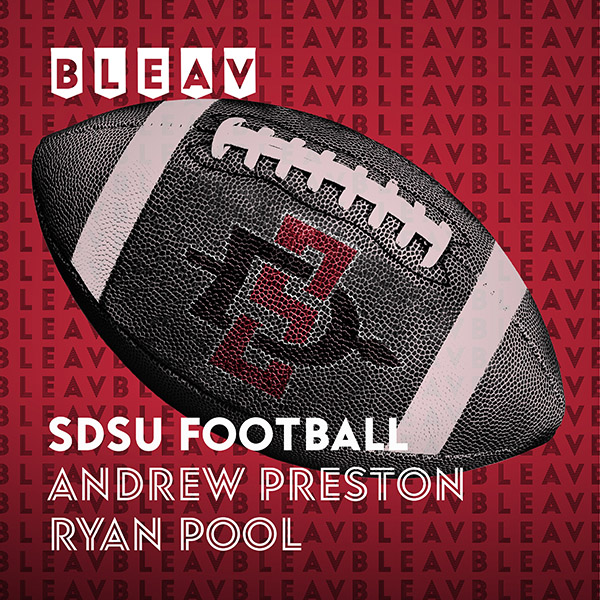 Aztecs have a home upset loss to the Nevada Wolf Pack 17 – 13, but are still in great shape to win the West division of the Mountain West Conference, Host Ryan Pool and new Host former Aztec LB Andrew Preston discuss, also Andrew talks about his time as an Aztec and his 2010 Senior … Continued

The Boys are Back, Aztecs Win

The Boys are Back in town after a solid road victory as they defend their home field defeating their Mountain West rival, the Wyoming Cowboys 26 – 22 in a hard fought game. Host Ryan Pool recaps the game and QB Ryan Agnew’s great game winning drive. After a quick home stand, the Aztecs head … Continued

After a well needed bye week the Aztecs buck that one game losing streak and earn their first Mountain West victory of the season, beating the Colorado State Rams 24 – 10. Host Ryan Pool recaps the game which is led by that Tenacious Rocky Long Defense. Ryan also updates you on the current Mountain … Continued

After a nice restful bye week, the Aztecs head to Fort Collins, CO to have a Mountain West showdown with the Colorado State Rams. Host Ryan Pool gets you up to date with the Mountain West weekend recap and gets you ready for the upcoming game by knowing the enemy. Ryan Pool gives you his … Continued

Aztecs undefeated season comes to an end, but it’s alright, as they fall to their Mountain West rivals, the Utah State Aggies 23 – 17. Host Ryan Pool recaps the game and brings back SDSU Photographer, Jeff Lewis, as he talks Aztecs and also Aggie’s Jordan Love candy. With the Aztecs bye week coming up … Continued

Vintage Aztecs as the run game gets going as the Aztecs move to (3 – 0) defeating the New Mexico State Aggies 31 – 10. Host Ryan Pool recaps the game and goes over the first quarter of the season stats. Also calls up KRQE-13 Albuquerque, NM sports anchor Jared Chester and chats Mountain West … Continued

A Good Day for a UCLA Upset

A Good Day for the Aztecs as they upset PAC-12 foe UCLA 23 – 14, first win in school history vs UCLA. Host Ryan Pool recaps the game and sits down with SDSU Alumni, Nick Bongiovanni who witnessed history live at the Rose Bowl and gives a bold prediction for next week.

The Aztecs win their home opener and is followed by the famous KGB Fireworks Skyshow. Host Ryan Pool recaps the game and sits down with Aztec photographer Jeff Lewis and talks about how he got started with the Aztecs and Skyshow. Followed by Ryan’s keys to victory for Week 2 as the Aztecs travel to … Continued

Andrew Preston is a former All Conference San Diego St Linebacker. In 2010, Andrew was honored by his peers and named Captain of the defense. He responded by leading them to a Poinsettia Bowl victory where he was named the Defensive MVP. Upon graduation, Andrew took to Europe where he played, captained, and coached American Football in Europe. Andrew  led the Calanda Broncos to 2012 Eurobowl Championship win. He also played in Stockholm, Munich, and Zurich. Now, Andrew has his sights on bringing the fans of his Aztecs the inside info and insight only a player can.

Ryan Pool was born and raised in San Diego, CA. A die-hard San Diego sports fan, he attended his first San Diego State Football game at age 5. Ryan spent two years at San Diego State studying Sports Broadcasting before transferring to Eastern New Mexico where he finished his degree and worked as a Sports Anchor covering all sports in the Eastern New Mexico and West Texas area. Now back in San Diego, living and breathing College Football and his hometown Aztecs.