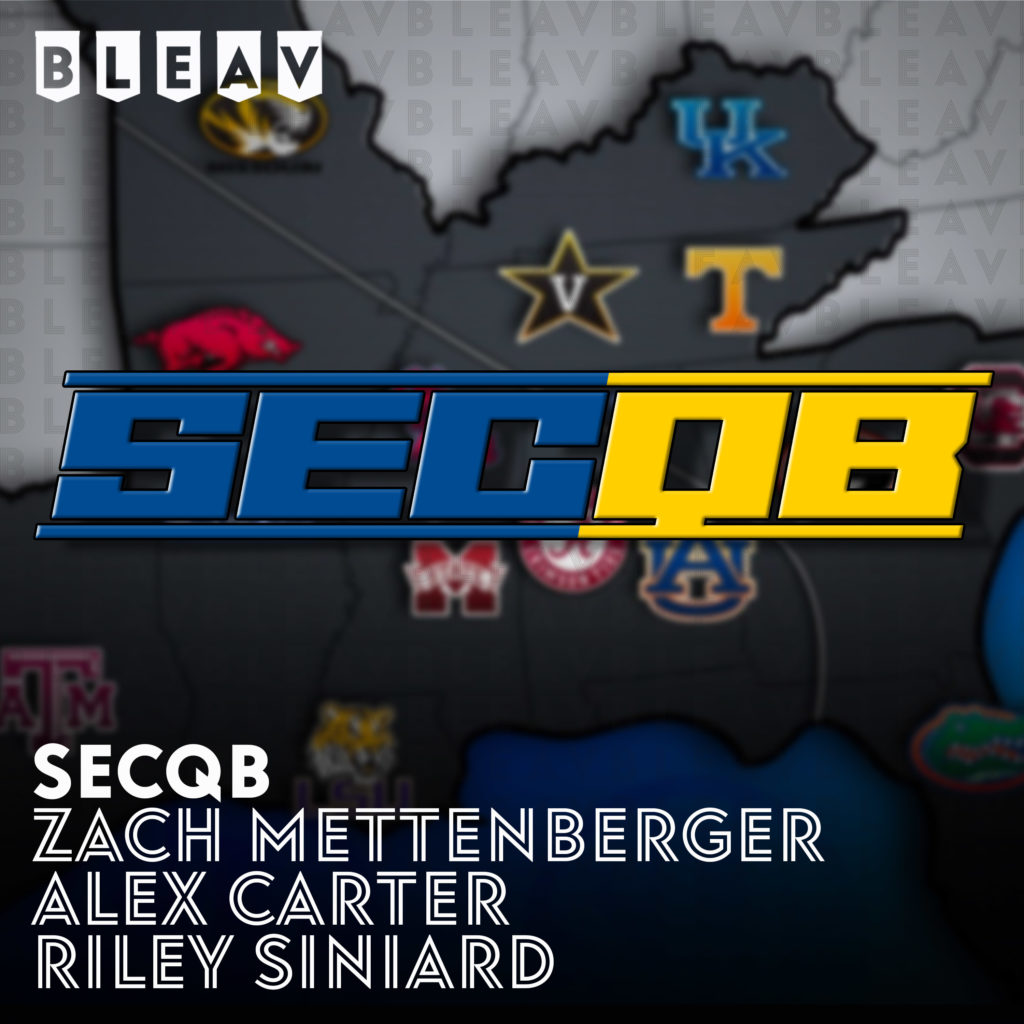 Former LSU and NFL QB Zach Mettenberger is joined by former SEC Lineman Riley Siniard, and All-American turkey-leg brandisher Alex Carter. This zany cast will be bringing you weekly discussion about SEC quarterback play around the conference and predictions from the all-mighty oracle, Magic 8-Ball. Let’s go watch some football!

From Athens, Georgia, Zach Mettenberger was the starting quarterback for the LSU Tigers from 2012-2013.  In 2014, he was drafted in the 6th round by the Tennessee Titans with the 178th overall pick. Zach also spent time with the San Diego Chargers and Pittsburgh Steelers during his NFL career, as well as playing for the Memphis Express of the AAF in 2019.

SEC QB co-host Riley Siniard is from Huntsville, Alabama. He played 2 years of college football as an interior offensive lineman. After spending his freshman year at Southern Illinois University, Riley transferred to play Center at LSU where Zach and he became teammates and good friends. After Riley’s college ball endeavors came to an end – he transferred and graduated from the University of Alabama. In 2017 he received an MBA with a focus in Sports and Entertainment Management from the University of Colorado.