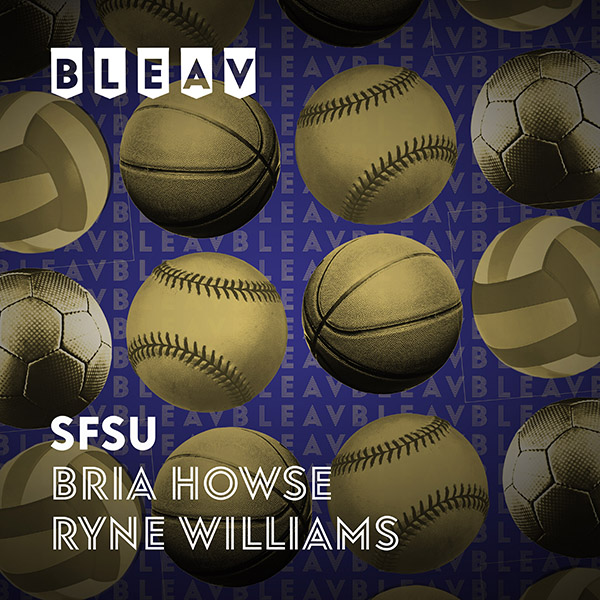 Ryne Wiliams and Bria Howse are here to give you the latest and greatest on all things SFSU Athletics!

With Bria out sick, Ryne steps in to fill everyone in on the progress of the SFSU men’s and women’s soccer, as well as women’s volleyball. Ryne also talks about the importance of giving back to the community, and the some community service that the gators do. It’s always nice for athletes to use their … Continued

With Volleyball along with men’s and women’s Soccer underway, Ryne and I discuss the current schedule standings for all three teams as well as upcoming games and some player standouts from the previous week; we also dive into the importance of SFSU playing other colleges that are outside of their conference. Many student-athletes have mastered … Continued

This week on the Swamp, Ryne and I talk about the upcoming Men’s and Women’s Soccer season, as well as the Women’s Volleyball season. The soccer teams both lost their head coaches to Division 1 programs, so we discuss the instability surrounding the programs. As for Gator volleyball, they were picked to finish second in … Continued

On this first episode of ‘The Swamp’, Ryne and I introduce the podcast for the first time discussing what we’re most looking forward to in the future. The athletic department at SFSU is still growing, as Ryne and I discuss, and we talk about the many turn of events from completely new head coaches within … Continued

Ryne Williams was a Scholar-Athlete, earning CCAA Second Team All-Conference honors while playing center for the Gators. He is a graduate San Francisco State’s College of Liberal and Creative Arts where double majored in Broadcast and Electronic Communication Arts and History. A former host for the campus radio station KSFS, Ryne previously produced for the Golden State Warriors flagship station 95.7 The Game, and currently covers sports in Southern Utah for St. George News.

Bria made a name for herself in Northern California’s AAU league where she was named one of their “Best Basketball Players.” She soon took her acumen for broadcasting to the professional ranks and got her start as the Men’s and Women’s athletics play by play announcer for Solano Community College. A graduate of SFSU, Bria hosted shows on campus during her tenure, and brings her unique interview style and comprehensive sports knowledge to Bleav.