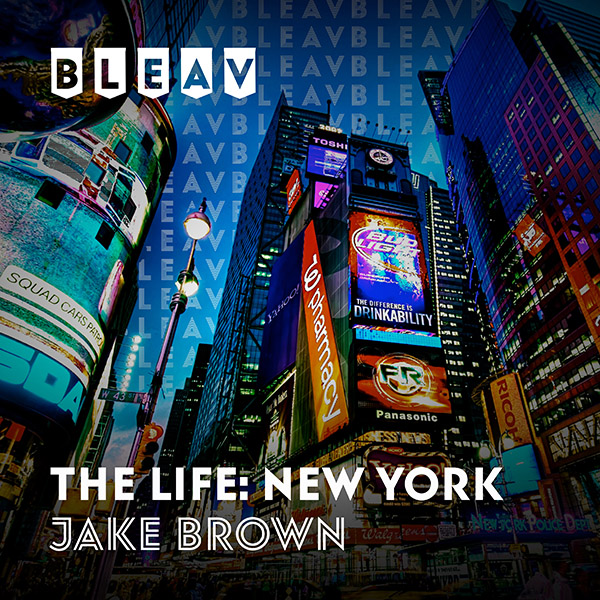 Bleav in The Life: New York

The Life: New York takes you inside New York City. From the wild stories to the sports teams to the food to the dating and entertainment life, Jake Brown tells the stories of the greatest city in the world in a unique way without a filter. The podcast also features guests in the world of sports, entertainment and lifestyle.

Jake Brown has previously hosted podcasts with CBS Radio and has hosted sports talk radio shows on ESPN Radio NH and AM1240-WGBB in NY. He’s had viral interviews featured everywhere from ESPN to TMZ to CNN. He covers the Mets for WFAN and the world of sports gambling for Sports Betting Dime and previously has written for several sports media outlets. Jake is a Queens native and knows NYC inside and out. Whether he’s running the dance floor at a headphone party, at the hot concert, game or musical in town, or eating the best food on the planet, Jake loves to live in the moment. You could hear him drop the occasional rap freestyle or get behind the karaoke mic for Mamma Mia and Backstreet Boys covers.