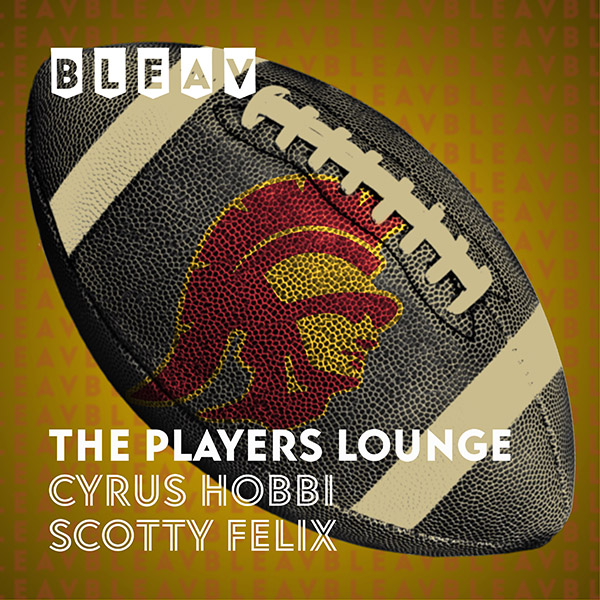 Bleav in The Players Lounge

Scotty Felix came highly recruited to USC as a 2011 USA Today All-USA first team out of Norco High in California. Spending 5 years at USC, Scotty started 15 games at Linebacker. He led USC to the Pac 12 Championship Game in 2015 and a Holiday Bowl victory in 2014. When he’s not diving in on all things USC Football, the theatre major is advancing his career as a writer, actor, and director in Hollywood.

Cyrus Hobbi, a native of Scottsdale, Arizona,  attended Saguaro High School, where he was a three-time All-Region and two-time All-State lineman. ESPN gave him an 82-point grade and ranked him the No. 1 OG prospect. He led USC to the Pac 12 Championship Game in 2015 and a Holiday Bowl victory in 2014, starting at both Center and Guard. Now, when he’s not hosting for Bleav and following the Trojans, Cyrus hones his acting skills here in Hollywood.