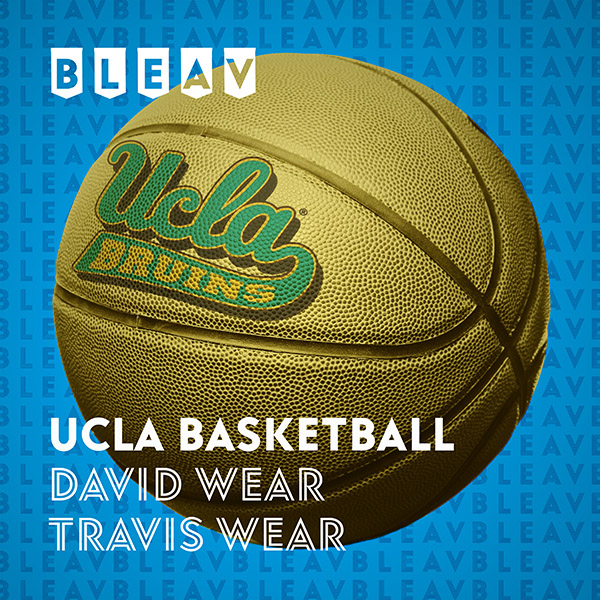 Listen as former Bruin stars David and Travis Wear give you unfiltered opinions and analysis on UCLA Basketball!

Silver Medalist, Pac 12 Champion and An Irv Pohlmeyer Memorial Trophy winner for being the team’s top defensive player, are just a few of the accolades for David Wear. In 2013 he helped the Bruins to a —– season and Pac 12 Championship. The following year under coach Steve Alford, he scored a career high 18 points against Cal. Upon graduating, David made stints with the Sydney and Sacramento Kings as well as professional club Baloncesto Fuenlabrada of Spain.

In his first season playing for UCLA in 2011–12, Travis Wear had 24 starts, averaging 26.2 minutes per game. That same year he finished second on the team in points per game (11.5) and rebounds per game (5.9). The following year his prowess continued to climb. He had 31 starts and averaged 10.9 points with 5.2 rebounds in 28.9 minutes.  His career high came in a win against Colorado racking up 23 points. Travis and his fellow teammates capped off the year with a Pac 12 Championship for the Bruins. The following year, Travis was ninth in the Pac-12 in field goal percentage (53.0), and shot 44% on three-point field goals. After a stellar career, Travis was awarded the Elvin C. Ducky Drake Memorial Award as the team member who exhibits tremendous competitive spirit, inspiration and unselfish contributions. Travis continued his basketball career in the professional leagues, from 2014 to 2018 he made appearances for the Knicks, San Sebastián Gipuzkoa, and the Los Angeles Lakers.