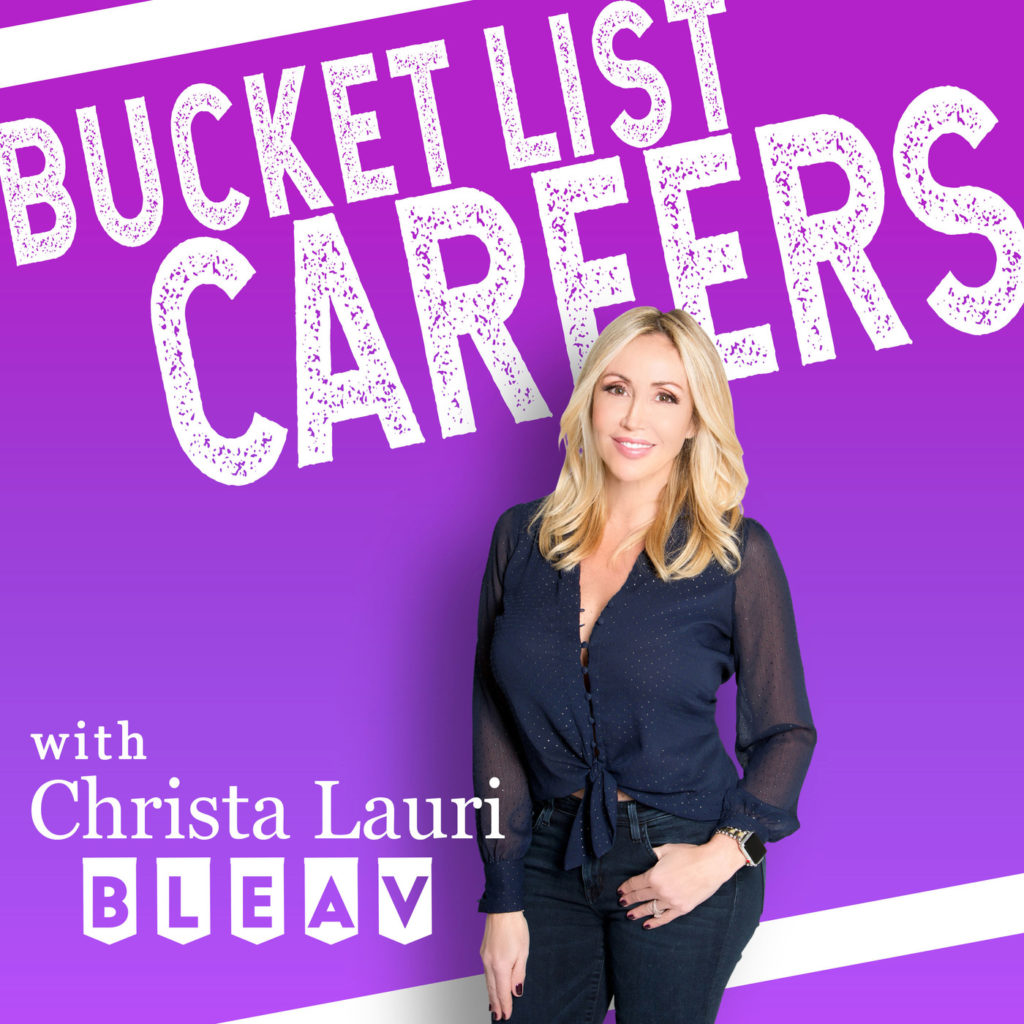 Join host Christa Lauri for Bucket List Careers, a new podcast that delves into cool jobs with the people who do them, the HOW behind their pivots, and secrets to successfully monetizing doing what you love. Christa was a New York-based news anchor, business show host and reporter in the field for years. Now she's made her pivot to share stories that will inspire you to identify your purpose, remove roadblocks, and initiate the launch of your Bucket List Career!

Christa Lauri transitioned to podcasting in 2021 after more than a decade of experience in television news. She was an anchor, reporter, and host of the award-winning “Money & Main$treet”, a business news show on RNN/Verizon’s FiOS 1. She hosted and produced “CEO Sitdown”, as well as multiple elements of the half-hour program in addition to hosting her own weekly parenting segment called Raising Our Kids, reporting from out in the field and interviewing experts and newsmakers live on set. Prior to that, she was the solo daytime anchor for two New York metro-area regions—the Hudson Valley and Long Island—for nearly 3 years. Christa was born and raised in New York.

Christa began her career as a weekend anchor and reporter at Cablevision’s News 12 The Bronx, where she was videojournalist, shooting and editing her own video. She then moved to Hartford, CT as a reporter/substitute anchor at NBC’s affiliate WVIT. Returning after that to her home base of Westchester County, NY, Christa spent six years as an anchor and reporter for News 12 Westchester, including two years on the anchor desk for their morning edition. Christa could also previously be seen weeknights on WRNN’s NewsCenter Now Hudson Valley, a two-hour newscast produced in conjunction with The Journal News. In the days following 9-11 she reported from Ground Zero and has anchored countless hours of local and national breaking news coverage.