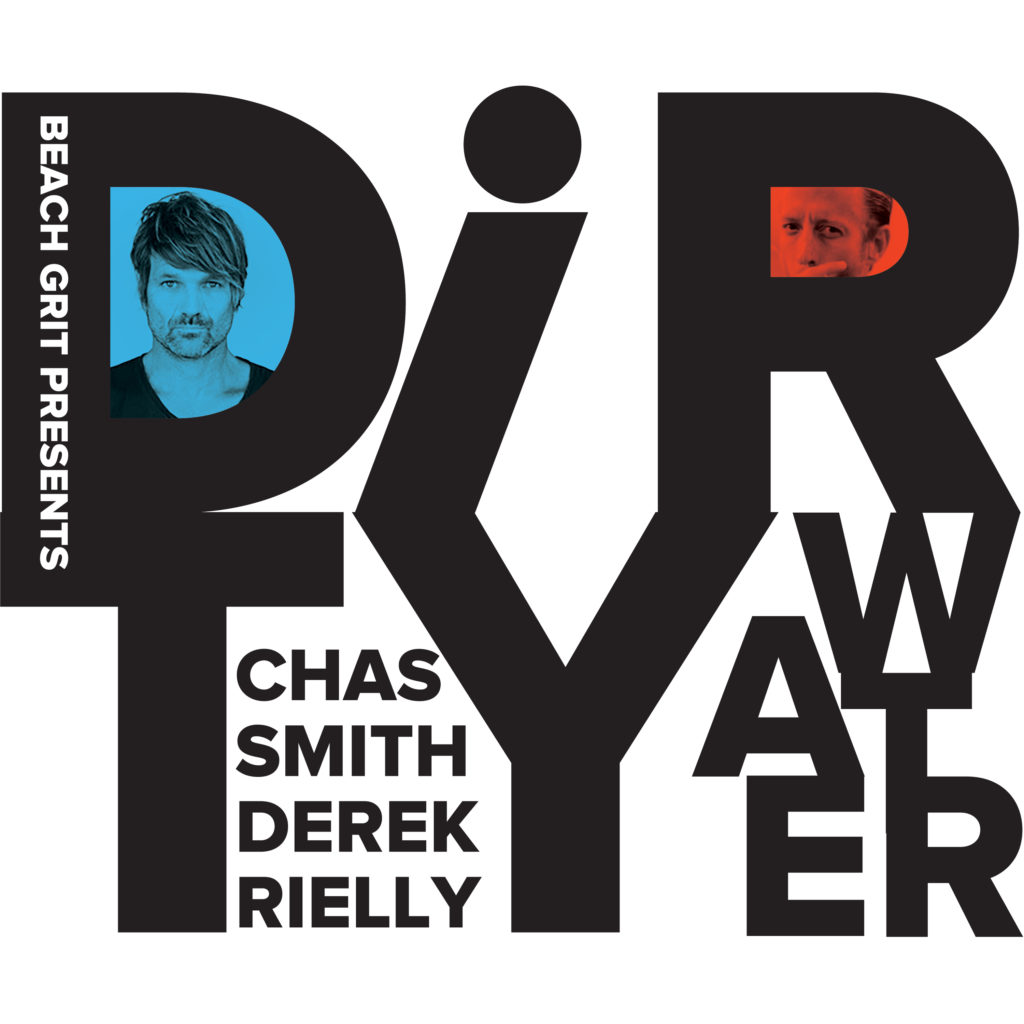 Dirty Water is a one-hour hit of fruitless discourse where opinion is everything and facts rarely matter. Hosted by best-selling authors Chas Smith and Derek Rielly.

Derek Rielly is an editor, writer, magazine and book publisher, entrepreneur and PR agent. He has launched two magazines, including Stab (in 2003) and the four-language title Surf Europe, acted as a trouble-shooting editor on Australia’s biggest men’s title, created websites, advertising campaigns and consulted on others. His writing has appeared in The Australian, The Sydney Morning Herald and Wish magazine and many others. For five years, Derek wrote a weekly column for Fairfax newspapers on topics as diverse as love, sex, abortion and politics. His photography (yes, he shoots too) has appeared in The Good Weekend and in advertising campaigns. The Australian newspaper describes Derek as “good-looking, astute and charming.”

Derek’s latest work, called Wednesdays With Bob, is a best-selling biography of the popular Australian Prime Minister Bob Hawke. It was described in The Guardian as “a joy to read” and was rated the number one political biography in the Financial Review.

Charlie Smith is a hyper-ironic surf journalist and bon vivant from Coos Bay, Oregon; frequent contributor to Stab magazine and a contributing editor at Surfing magazine since the mid-2000s. Comfortable in dangerous Third World nations, Smith spent time in Lebanon and Somalia in the early 2000s researching and writing pieces for Vice, an arts and culture magazine. He also covered the 2006 Israeli-Hezbollah conflict for the internet-based CurrentTV, an assignment that ended with Smith as a brief captive of Hezbollah.

Smith’s first book, Welcome to Paradise, Now Go to Hell, a surf-based cultural peek at the North Shore of Oahu, came out in 2013. In an upbeat review, Kirkus called Smith the “clown prince of trash prose, and described the book as a “boozy and often funny investigation into a little-understood corner of America.”

In 2014, Smith began writing for Esquire.com, and later that year blog-posted on SurfingMagazine.com that he was, happily and without regret, saying goodbye to surf writing in order to become a war correspondent although he soon left the battlefield to found BeachGrit with Derek Rielly.

Charlie’s latest work is the book, Cocaine and Surfing, an Outrageous Exposé.