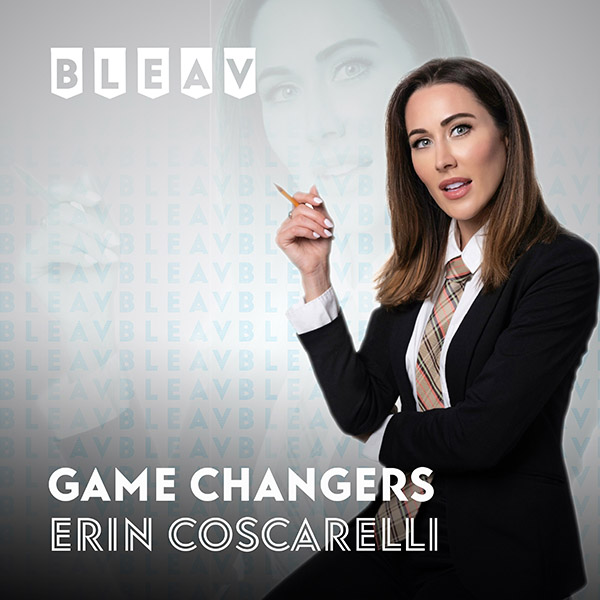 Erin Coscarelli is a Bleav and NFL Network Host. As a Los Angeles native, she attended the University of Southern California and received a degree in Communications and Journalism. Coscarelli began her career as sideline reporter for many sports networks including Fox Sports West, Pac-12 Network and NBC Sports Network. She also reported for ESPN where she covered the World Series of Poker and the Summer X Games.

In 2013, she was hired by Comcast SportsNet Bay Area to be an anchor and reporter in which she covered many regional professional sports teams that includes Golden State Warriors, San Francisco 49ers and San Francisco Giants. In July 2014, she left CSN Bay Area to join NFL Network to become the host of the NFL Network’s new morning show, NFL AM, with Rhett Lewis. In 2015, Coscarelli was the co-host with Cole Wright in the NFL Network’s weekday morning show NFL HQ.