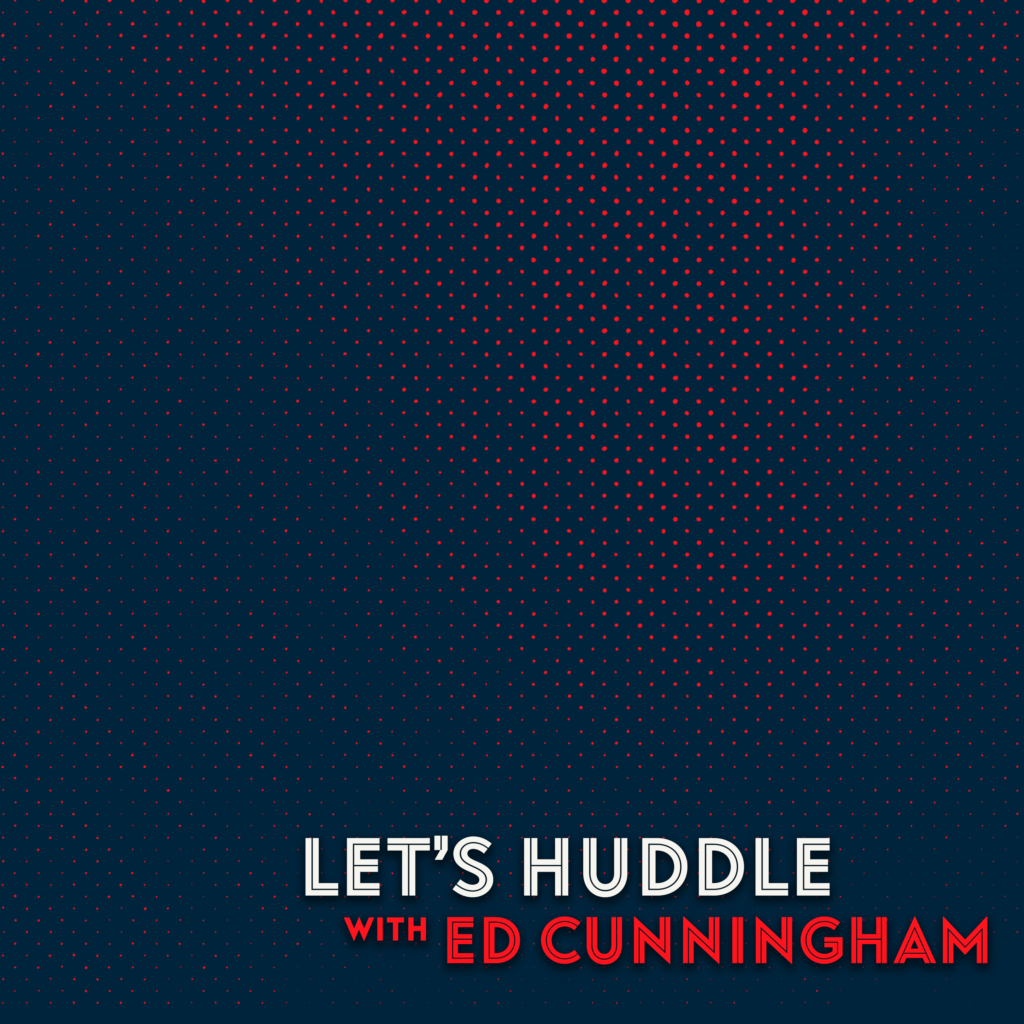 Let’s Huddle with Ed Cunningham is an interview and storytelling podcast at the intersection of sports, media, Hollywood, and pop culture featuring people who tell and participate in the biggest, craziest, and most meaningful stories on the playing field and off. Intimate with a celebratory and comedic tone, the series’ core is deep-dive interviews, along with commentary and scripted episodes, that all share personal growth and connections through our best sport meets life moments.

Host and Executive Producer Ed Cunningham is an award-winning filmmaker, broadcaster, and former NFL player who produced The King of Kong: A Fistful of Quarters and the Oscar-winning Undefeated. On the field, Ed played at the University of Washington and for the Arizona Cardinals and Seattle Seahawks, while off the field, he began producing and working in radio and television, starting his network career at CBS before moving to ESPN and ABC.