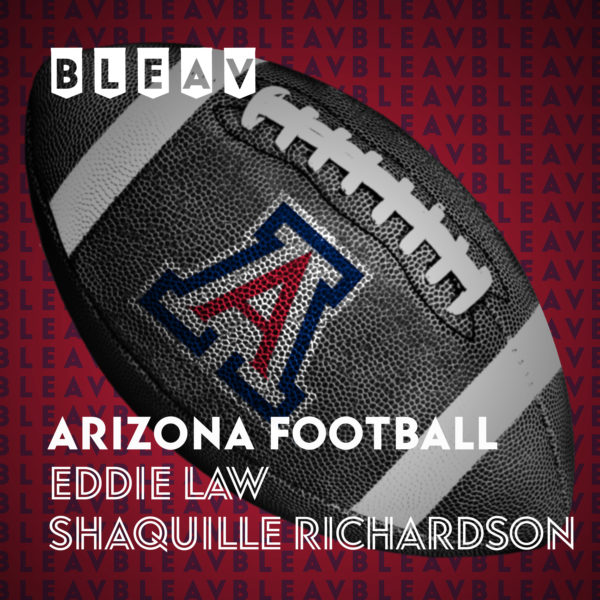 0-5, What Now, And A Look Ahead At The Rest Of The Season

Eddie Law breaks down the season so far, Jordan McCloud’s injury puts the Wildcats in a bind, and a look...

Eddie Law previews the 2021 season and the Wildcats’ first game vs BYU in Las Vegas, NV!

Shaq and Eddie return to talk the new culture building around the Arizona Football program under new head coach Jedd...

SUMLIN FIRED, WHO’S NEXT FOR ARIZONA?

Shaq and Eddie are back to talk about the end of the season as Arizona finishes at 0-5 and head...

Eddie Law is a graduate of The University of Arizona with a degree in Broadcast Journalism. He?s been covering sports in radio and the podcast space for over 10 years. A die-hard fan of his alma mater, Eddie loves nothing more than kicking back with wings, an ice cold beer, and his Wildcats on the TV. †He is also the founder and host of the Keyboard Warriors MMA podcast at†KeyboardWarriorsMMA.com†and talks Arizona Cardinals football for†CardsAirRaid.com.\n\nShaquille Richardson dominated the secondary for the Wildcats from 2010-2013. In his debut start as a freshman against Washington State he intercepted the quarterback twice, earning the then, Pac 10, Defensive Player of the Week. In 2011 he started 10 games and earned College Football Performance Awards Honorable Mention. In 2013, he started all 13 games, recording 55 tackles, including three for loss, three interceptions, and four pass break-ups. He would later be drafted by the Pittsburgh Steelers in the 5th round and would move on to stints with Kansas City Chiefs. Arizona Cardinals. Tennessee Titans, Carolina Panthers, and Oakland Raiders.