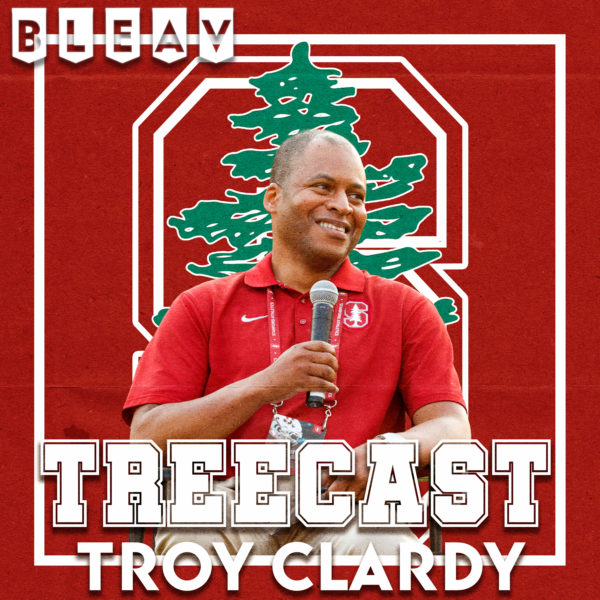 The TreeCast with Troy Clardy

Go inside Stanford football with longtime Cardinal follower Troy Clardy’s commentary, analysis, and exclusive interviews. Now in his 29th season covering the Cardinal, Clardy is also a play-by-play announcer across eight sports for the Pac-12 Network & ESPN Plus.

How Can Stanford Conquer USC?

The TreeCast Goes Inside Stanford’s Win Over SDSU

Get ready for another season of Stanford Football! Hear from David Shaw as the Cardinal meet San Diego State. Plus,...

Troy Clardy is a Pac-12 Network play-by-play announcer who is in his 28th season following and broadcasting Stanford Football. In 2015, he began hosting The TreeCast, which quickly established itself as the go-to podcast for Cardinal fans. He was the sideline reporter for the Stanford Football radio network at the 2016 Rose Bowl. For 15 seasons, he wrote “Clardy’s Corner”, a popular commentary column on Stanford and Pac-12 football. Troy has also worked as the primary radio pregame/postgame host for the Oakland A’s, and hosted daily sports talk shows in San Francisco, Pittsburgh, and on SiriusXM. His play-by-play work has included calling the Arena Football League’s national broadcast on ESPN, and as the radio voice of the AFL’s Pittsburgh Power. Troy is a Stanford graduate who lives in the Bay Area.