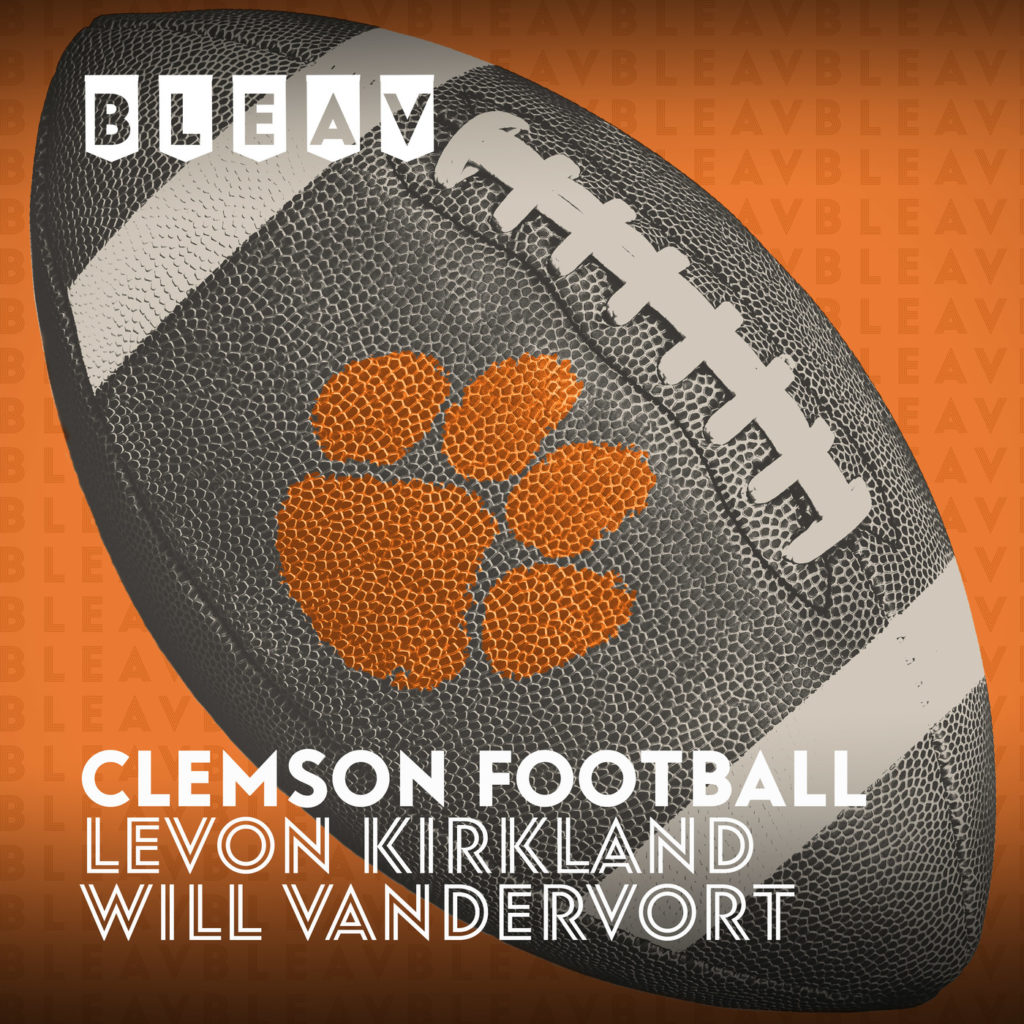 As one of the greatest linebackers in Clemson history, Levon Kirkland is the best source for analysis on Clemson football. After a highly decorated NFL career, Kirkland is now a member of Clemson's Ring of Honor for his impact with the Tigers. Joining Kirkland in covering the Tigers is Will Vandervort, a writer, and editor with The Clemson Insider. Tune in as they analyze and discuss the latest happenings for Dabo Swinney and his squad.

Levon is a former Clemson Tiger and NFL linebacker during the 1990s. Throughout his collegiate career, Kirkland earned honors as a 3-time All-ACC standout and 2-time All-American. Currently, a member of the Clemson Ring of Honor, Kirkland also had a standout career in the NFL being recognized as a 2-time All-Pro and member of the 1990s All-Decade team. He now brings his deep knowledge of the game of football to covering his former university with Bleav.

Will is the senior writer and editor at The Clemson Insider.com. Vandervort is an award-winning sportswriter and editor, who, before joining TCI in September of 2012, worked as the Editor for IPTAY Media. He covered Clemson University Athletics and wrote for the athletic department’s Web site and newsletter. Vandervort was also an editor for the athletic department’s magazine, Orange: The Experience. Besides his duties as an editor and writer, Vandervort was also the co-host of The Tiger Pregame Show, a three-hour radio show on Clemson Game Days that airs on Clemson’s Flagship Station WCCP-FM. He was also a guest host for ESPN Upstate’s Straight Up with Sturg. Vandervort has been a sportswriter and editor for 24 years at newspapers and Web sites in Georgia and South Carolina. He has covered college football in the ACC and the SEC for most of that time, as well as covering small college football and the NFL. Vandervort has covered Clemson University sports since 2004, first as an editor/beat writer for The (Seneca) Journal and then as the editor for IPTAY Media.