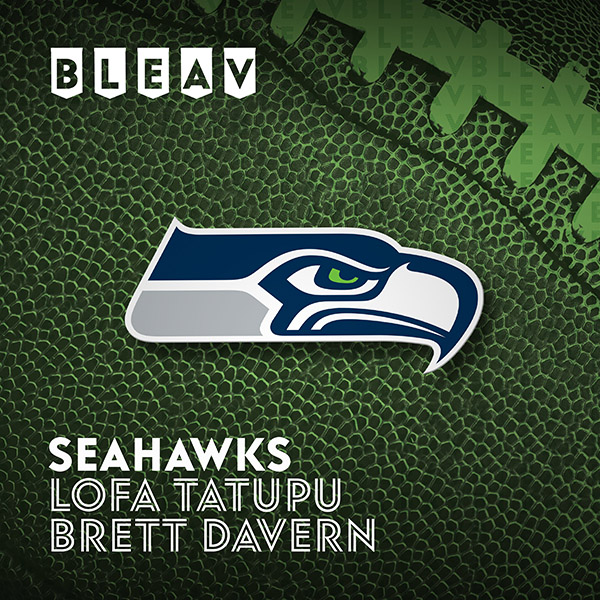 Lofa Tatupu spent six seasons in Seattle with the Seahawks, earning Pro Bowl and All-Pro honors. The former USC linebacker dominated in the NFC West, racking up over 100 tackles in his first three seasons in the league. Tatupu now returns to cover his former team alongside host and actor Brett Davern, who is known for his appearances on Shameless, MTV's Awkward, and more. Tune in to hear about Russel Wilson, Jamal Adams, DK Metcalf, and the rest of the Seahawks squad.

Brett Davern found his love for the Seattle Seahawks growing up in Edmonds, Washington. He is a host and actor known for his roles in Shameless, MTV’s Awkward and the major motion picture following the life of Beach Boys lead singer Brian Wilson, Love & Mercy.

Davern has a large passion for racing cars. In 2013 he competed in the Toyota Pro/Celebrity Race at the Grand Prix of Long Beach. The race raises funds for Racing for Kids, an organization helping multiple children’s hospitals in Southern California. In 2014 he competed again and won after qualifying on the pole with the fastest time. In addition to his charity work with Racing for Kids, Davern helps Wounded Warrior Project, Boys & Girls Clubs of America, Stars for Smiles, and Ronald McDonald House.