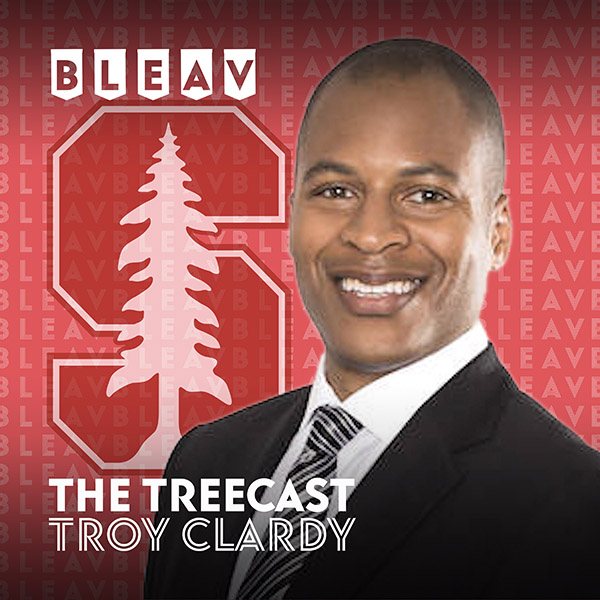 The TreeCast with Troy Clardy

Go inside Stanford football with longtime Cardinal follower Troy Clardy’s commentary, analysis, and exclusive interviews. In his 28th season covering the Cardinal, Clardy is also a play-by-play announcer across six sports for the Pac-12 Network & ESPN Plus.

Troy Clardy is a Pac-12 Network play-by-play announcer who is in his 28th season following and broadcasting Stanford Football. In 2015, he began hosting The TreeCast, which quickly established itself as the go-to podcast for Cardinal fans. He was the sideline reporter for the Stanford Football radio network at the 2016 Rose Bowl. For 15 seasons, he wrote “Clardy’s Corner”, a popular commentary column on Stanford and Pac-12 football. Troy has also worked as the primary radio pregame/postgame host for the Oakland A’s, and hosted daily sports talk shows in San Francisco, Pittsburgh, and on SiriusXM. His play-by-play work has included calling the Arena Football League’s national broadcast on ESPN, and as the radio voice of the AFL’s Pittsburgh Power. Troy is a Stanford graduate who lives in the Bay Area.