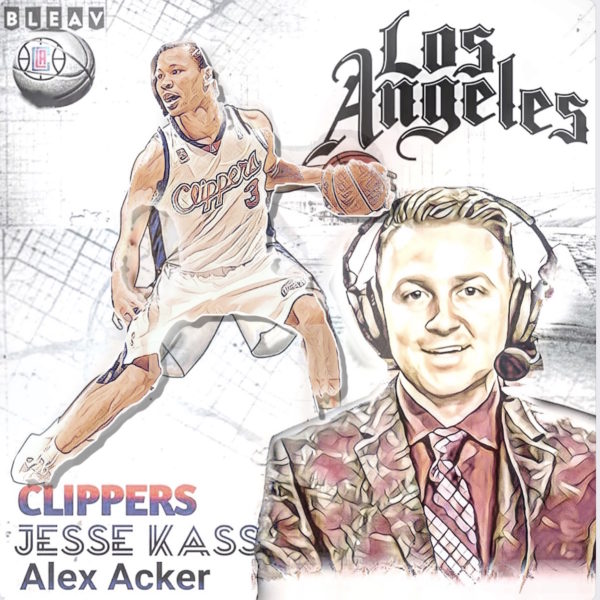 As the play-by-play broadcaster for Loyola Marymount University's men's basketball squad, Jesse Kass has the inside scoop on basketball in LA. Kass is joined by former Clippers player Alex Acker to cover the Los Angeles Clippers, providing insight on Kawhi Leonard, Paul George, and the rest of the squad as they fight for dominance in the Western Conference of the NBA.

Host Jesse Kass breaks down the season ending loss to the Pelicans and what the future holds for the Clippers.

Season On The Line vs Pelicans after loss to TWolves

Hosts Jesse Kass and Alex Acker talk about Paul George's return to the lineup and talk about the Clippers potential...

For the past 7 years, Jesse Kass has served as play-by-play broadcaster for LMU Men?s Basketball. Jesse has called every LMU game since the 2012-13 season and brings a deep passion and knowledge of the program. Along with his role as the voice of Lions Basketball, Jesse has also provided play-by-play and color commentary for various teams and programs in the Los Angeles area. Jesse also produced and co-hosted the satellite radio program ?After the Game? with NBA legend Gary Payton and hosted his own sports talk podcast called ?Listen Up!? In addition to these hosting roles, Jesse also wrote for NBA websites Clippers101 and ClickOn Sports. Jesse brings his vast basketball knowledge and connection to the Lions program to give you the best insight into everything LMU Basketball.