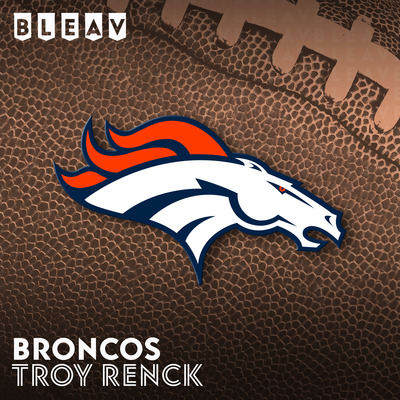 Denver Broncos insider and sports reporter for Denver7 ABC Troy Renck brings you everything you need to know about your team. Renck provides insight and analysis on Drew Lock, Von Miller, Bradley Chubb, and the whole Broncos squad.

Troy works as Denver7’s Broncos insider and sportscaster, joining the station in July 2016 after several years in the Denver market. He anchors the station’s NFL coverage as a traveling beat reporter. Before moving to television, Troy worked at the Denver Post from 2002 through 2016. He served as the Rockies’ beat writer and added National Major League Baseball reporter to his duties in 2005. He joined The Post’s Broncos beat in 2014 and took over as the lead reporter during the team’s Super Bowl season in 2015. In 2016, Troy was awarded the Top Breaking News award in the 175,000 and over circulation category of the Associated Press Sports Editors 2016 contest for coverage of Peyton Manning’s retirement. Troy has covered all three of the Broncos’ Super Bowl wins – Super 32, 33 and 50 – and counts Denver’s victory over the Packers as his most memorable game chronicled. Troy is married to wife Leahann and the couple has two sons, Dagin and Brady.