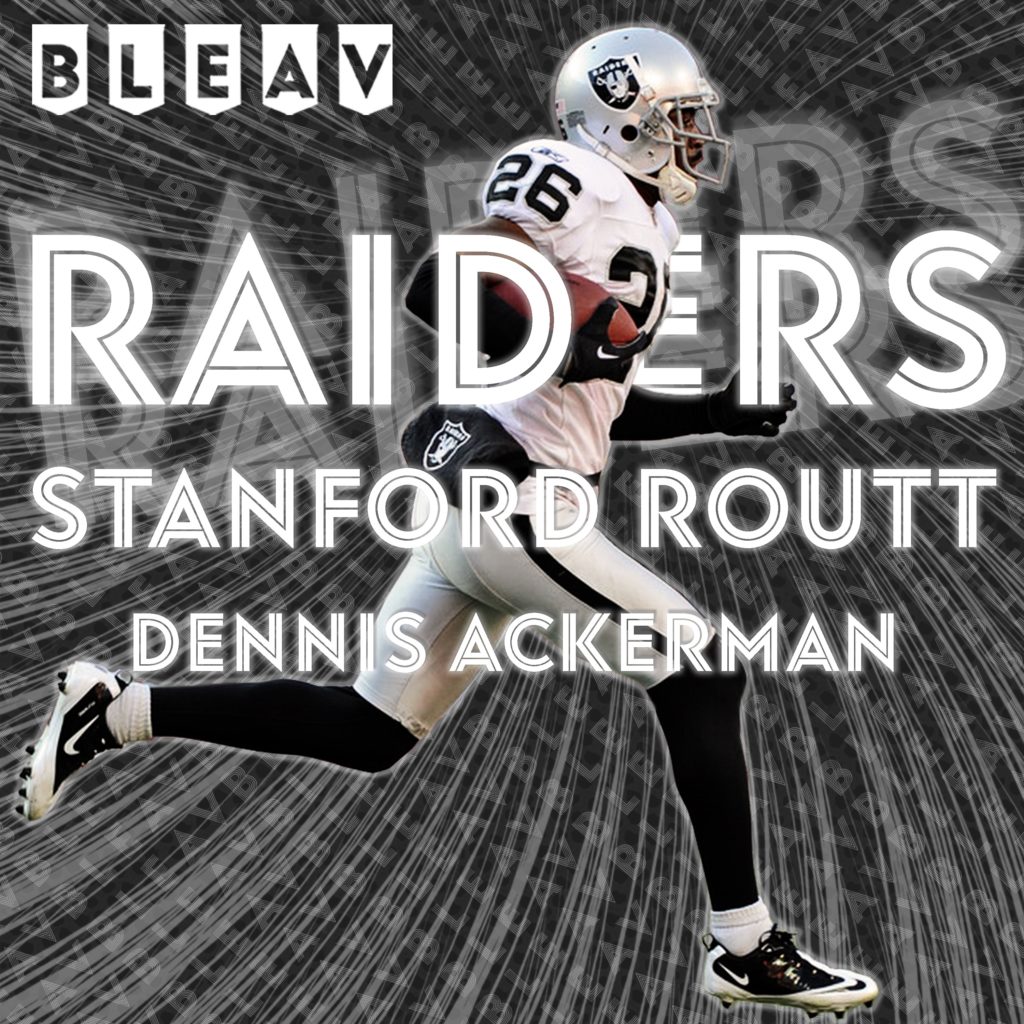 Stanford Routt spent seven seasons in Oakland with the Raiders after being selected as a second-round pick. The previous record-holder for the fastest 40-yard dash time at the NFL Combine covered receivers in the AFC West while hauling in 12 career interceptions. Routt is now joined by broadcaster Dennis Ackerman to bring your the latest buzz surrounding the Las Vegas Raiders. Ackerman and Routt provide you with news and analysis on Coach Jon Gruden, Derek Carr, Josh Jacobs, and everything else Silver and Black.

Dennis is the host of the Bleav in Raiders podcast. He also calls baseball and women’s soccer for the University of the Pacific. Dennis also does play-by-play for FOXSports PrepZone announcing high school football, basketball, and soccer. He also works at the LA Times Today as an Emmy-winning producer.

Dennis has led a career in the television sports industry for over twenty years. He’s covered every major sporting event including the Olympics, Super Bowls, NBA Finals, and World Series. CNN/Si, FOX Sports, and NFL Network all have sought him out for his opinion and knowledge of all things sports.

Now the co-host of the Bleav in Raiders podcast, Stanford Routt was a 8 year NFL cornerback with the Oakland Raiders, Kansas City Chiefs, and Houston Texans. After retirement he took his talents to broadcasting and was a color commentator/College Football analyst for ESPN and a NFL analyst for FS1. Stanford currently coaches high school DBs. He’s from Austin, Texas.