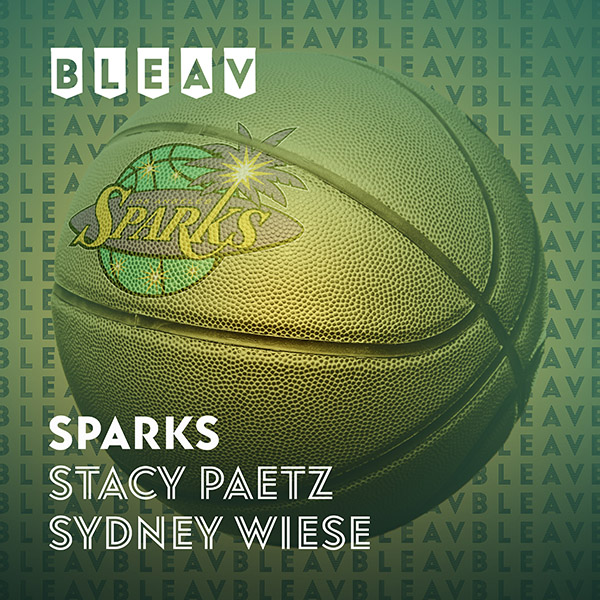 Television Announcer, Stacy Paetz and LA Sparks own #24, Sydney Wiese, bring you inside the arena to get to know the LA Sparks.

Sydney was drafted by the Los Angeles Sparks with the 11th overall pick in the 2017 WNBA Draft. In her rookie season she appeared in 28 games she scored a season high 22 points and played a season high 27 minutes vs. Washington. She also set a Sparks individual season high with 6 3FG. A star at Oregon State, Sydney is one of 14 players all-time to make the All-Pac-12 team all four years of her career. During her college career she racked up numerous honors including AP Second-Team All-American, Wooden Award All-American, USWBA All-American, WBCA All-America Honorable Mention and ESPNW Second Team All-American.

Stacy Paetz is a unique blend of Polynesian and Cherokee Indian descent. She’s an award-winning Television Host and Sideline Reporter with proven credibility and trust throughout the television and sports industries. At only 19-years-old, she made her first on-air appearance on ESPN. She became the first female and youngest individual in the NBA to host every pre-game, halftime and post-game show, as well as report from the sidelines for the Indiana Pacers on FOX Sports for seven seasons.  In 2014, Stacy became the first female announcer in the 90-year history of the World Famous Harlem Globetrotters, announcing on both U.S. and international tours. She joined CBSSports Network in 2018, as the featured reporter of the Inaugural U.S. Major League Rugby season, including hosting the Trophy and MVP ceremonies.  Stacy was named Graduate of the Decade for Ball State University just five years post-graduation and was later honored as one of the Most Influential 30 under 30 in Journalism.