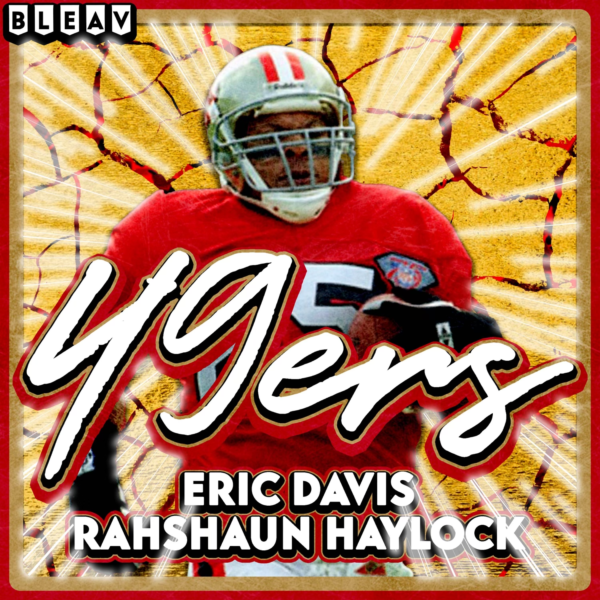 Eric Davis is a former Pro Bowl and Super Bowl-winning defensive back with the San Francisco 49ers. Spending 13 years in the NFL, Davis was a member of a legendary Niners squad in the 1990s. Davis brings his football expertise and broadcasting background to covering the 49ers alongside Rahshaun Haylock. Tune in for a unique perspective on one of the most storied franchises in the NFL.

A gridiron legend, Eric Davis is a member of the Alabama Sports Hall of Fame and still the all-time leader in consecutive NFL Playoff games (five) with at least one interception. He was drafted by the San Francisco 49ers in the second round of the 1990 NFL Draft and played for 13 NFL seasons, earning two Pro Bowl appearances and a Super Bowl XXiX ring. Eric is also no stranger to the broadcast booth, he’s previously a color analyst for the 49ers, Comcast SportsNet Bay Area, co-host of “The Drive with Tierney and Davis” on 95.7 The Game in San Francisco, analyst for NFL Network’s NFL AM and ESPN LA radio.

Rahshaun Haylock has over a decade of experience, serving in a number of roles across different mediums. His written and on-air work has appeared across major regional and national outlets. Among his highlights are covering multiple NBA Finals, NBA All-Star games, an MLB All-Star game, and interviewing Zeke from Cabin Creek.