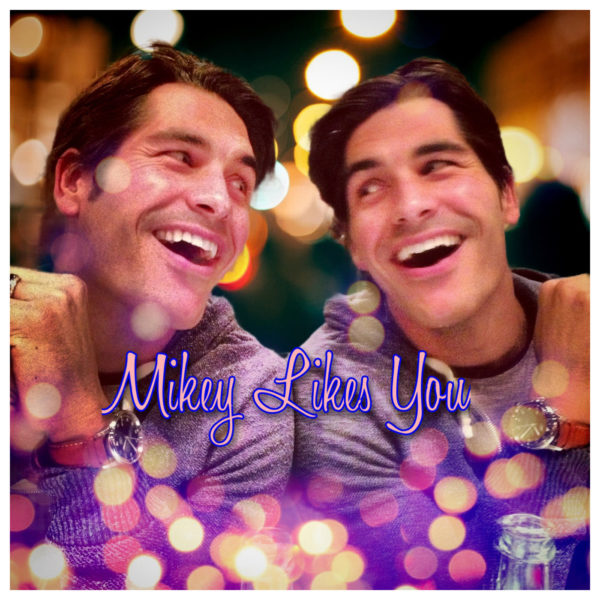 Mikey Likes You with Mike Catherwood

Mikey Likes You is the health podcast for the underdog in all of us. Host Mike Catherwood approaches the world of wellness with a wealth of personal experience, celebrity experts, and his trademark nonsensical humor. Listen in for his straightforward talk about the most confusing aspects of our bodies, brains and hearts.

Q and A – Altitude, Manual Labor and Eating, When to Rest, Body Positivity, and Much More

It's a simple q and a and I do my best to answer a lot of very good questions.

I messed up by not listening to my own advice. Now it's time to correct the problems.

Pleased to “Meat” You – Vinnie Tortorich

Vinnie Tortorich is a very well-respected celebrity trainer and health/fitness expert. He is also the creator is #NSNG

Mike Catherwood is a Los Angeles native of Mexican/Irish decent, and is one of the most beloved names in LA’s top rated radio market. Catherwood has recently been a regular fill-in co-host/correspondent on NBC’s “Access Hollywood Live” and is a staple at LA’s #1 KROQ as co-host of “Dr. Drew Midday Live with Mike Catherwood”, “Kevin and Bean Show” as well as co-host of “Loveline with Dr. Drew” for many years. Additionally, Mike currently co-hosts the health/fitness podcast “Swole Patrol with Dr. Drew”, the “High and Dry” podcast with Jason Ellis, and is a weekly contributor for the “Jason Ellis Show” on SiriusXM.

On the television side, Mike’s hosted the revival of “Chain Reaction” (GSN), “American Chopper Live: The Build Off” (Discovery) and filled in for Regis on numerous episodes of “Live with Regis and Kelly” (ABC). He’s appeared as himself on “Dancing With the Stars” (ABC) “Bad Girls Club” (Oxygen), “The Choice” (Fox), and in the TV documentary “Everybody Has an Andy Dick Story”. †As an actor, he had a two-episode arc as “Mike” on “Undateable” (NBC). †In 2017, Mike partnered with Ed Helms to develop his radio character of “Rudy” into an animated series for Comedy Central.

His guest-hosting stint on “Regis and Kelly” showcased his on-camera talents and helped him get cast on Season 12 of “Dancing with the Stars.” In addition to the hosting work he’s done voice-over and commercial campaigns for many clients such as Major League Baseball, TNT Network, The Discovery Channel, and AT&T.”