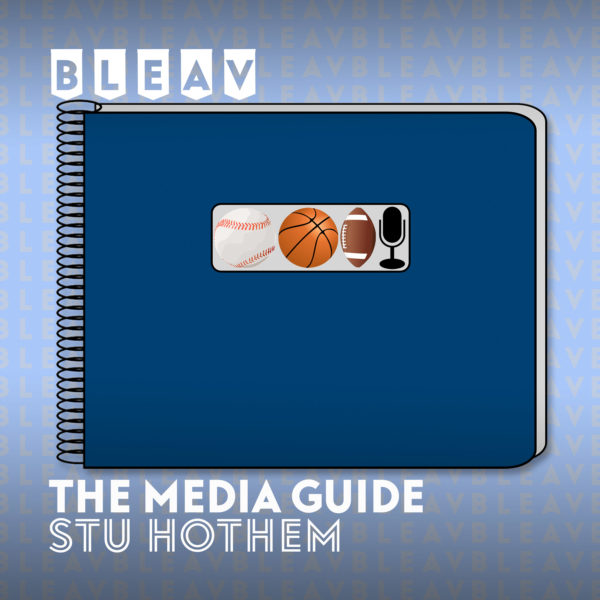 Bleav in The Media Guide

The Media Guide hosted by Stu Hothem is a podcast that features guests and full encompassing analysis on sports media.

All Madden: A Christmas Gift from FOX

On Christmas Day, Saturday, December 25 at 2 p.m. ET, FOX will give fans “All Madden,” a documentary co-directed by...

Brees Breaks Down His First Season With NBC

NBC Sports analyst Drew Brees looks back at what he’s learned in his rookie year on “Football Night in America”...

Last Thursday, NBCUniversal and the Premier League announced a six-year extension of their partnership to 15 seasons through 2027-28 in...

Stu Hothem has covered some of the biggest events in sports across TV, radio and the web. As a researcher with ABC, CBS and ESPN, he worked on the Super Bowl, Olympics, World Cup and X Games. At FOXSports.com, he integrated content and interactive features with FOX Sports broadcast and cable programming. He managed the editorial team at NASCAR.com and also worked in the sanctioning body’s integrated marketing communications department. His professional career began at WFAN, the nation’s first all-sports radio station, following his time at the Rutgers radio station as a play-by-play announcer, talk-show host and general manager.